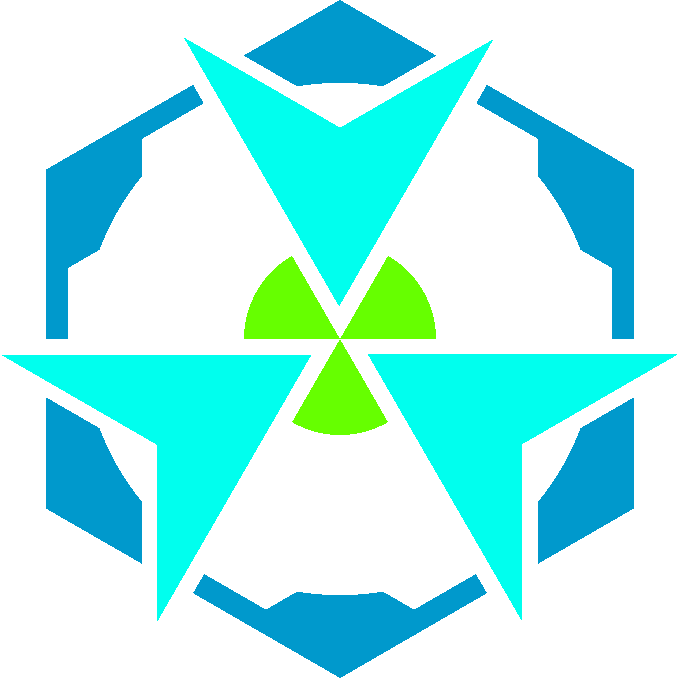 Insignia
The Nexus-Morphix Enterprise is a Lightning-based cybernetics company focusing on the production of bionic enhancements and sentient robotic assistants, and the research and application of radgoop. Its employees are a variety of creatures, ranging from organic/cyborg dragons and beastclan members to entirely robotic or digital beings.

The company’s founders and leaders are Mech Morphix and NEXUS X-9023, the CEO and central core of the facility respectively.

The idea of the company started in the Abiding Boneyard, where Mech Morphix, a genetic scientist seeking a place to safely research a recently discovered mutagenic byproduct, met a runaway maintenance droid who carried an early form of NEXUS X-9023 – a partial backup of the Straggon Nexus AI – in its systems. Although their individual goals were different, they formed a business-alliance and set out to build a multi-purpose factory.

Nexus’ first cybernetic enhancement prototype, titled WTT Lightning Mode and based on an altered Straggon-tech implant blueprint, was a success; thanks to Morphix’s biological knowledge, its installation was marginally less painful compared to its Straggon counterpart. Its sales have netted enough gems to fund further cybernetics production as well as Morphix’s genetic research.

The N.M.E. headquarters is a semi-underground facility, built into the face of a mesa in the Lightning Farm. It appears unassuming on the outside, its metallic facade streaked with rust, adorned with a few tempest-worn banners bearing the company’s insignia. A large metal door marks the entrance to the facility.

The first room seen after entering the door is an entry hall: a roughly hollowed-out cave surrounded by walkways and elevators, branching off into individual hallways at various heights. A hologram is projected in the center of the hall, showing a map of the facility.

All personnel are encouraged, but not required, to wear scarves as part of the business attire; cyan scarves are recommended. Other commonly used clothing includes labcoats, goggles, and in case of organic employees, hazard suits. Length of the typical work week varies between employee types; organic employees get one day off every week, while computer-based employees only get a day off once per month for maintenance purposes.

Every month, during an elemental festival, a rave themed after the currently-celebrated flight is hosted by Autonomus. It is usually hosted on a night before the organic employees’ day off, so that the employees have ample time to recover and possibly get ear implant maintenance.